This picture of dereliction tells an interesting story of changes in farming over the past 50 years. Cottages like this were dotted all over the Lincoln Heath. They typically housed farm workers and their families, often two large families in one cottage. Normally there would be sheds for winter housing of cattle associated with them. Water was needed in large quantities for the livestock as well as for the people. But where did the water come from? The only source in most locations was from the underground aquifer, since piped water was not available in these isolated locations. The continued mechanisation of farming coincided with the virtual disappearance of the animals and with it the need for labour to manage them. Many little farmsteads have simply vanished from the landscape, so the Lincoln Heath appears to have reverted to the open appearance of the 18th century before it was enclosed. What is interesting about this rare remnant is the small metal tower to the right of the building and with the modern electricity pylon behind. This tower is a remnant of a wind pump. Inset is a photo of the wind vanes that would have been part of it when in working order. Wind **pumps** are not windmills, any more than modern wind generators are windmills. A mill grinds things!nnThese pumps brought water up from the aquifer into a small reservoir tank which ensured continuity of supply when the wind did not blow. Sadly we have not yet got the technology to do the same thing with wind-generated electricity.nnWind pumps were found all over the Lincoln Heath and sites can still be located by farmsteads named Wind Pump farm. There were at least three within a short distance of Hilltop Farm up until the 1970s. They are still in use in large parts of Australia and Plains America where they are a feature of cattle and sheep stations. Will you spot a working wind pump on your next trip to Lincolnshire? They are very hard to find and we would love to hear from you if you do find one. 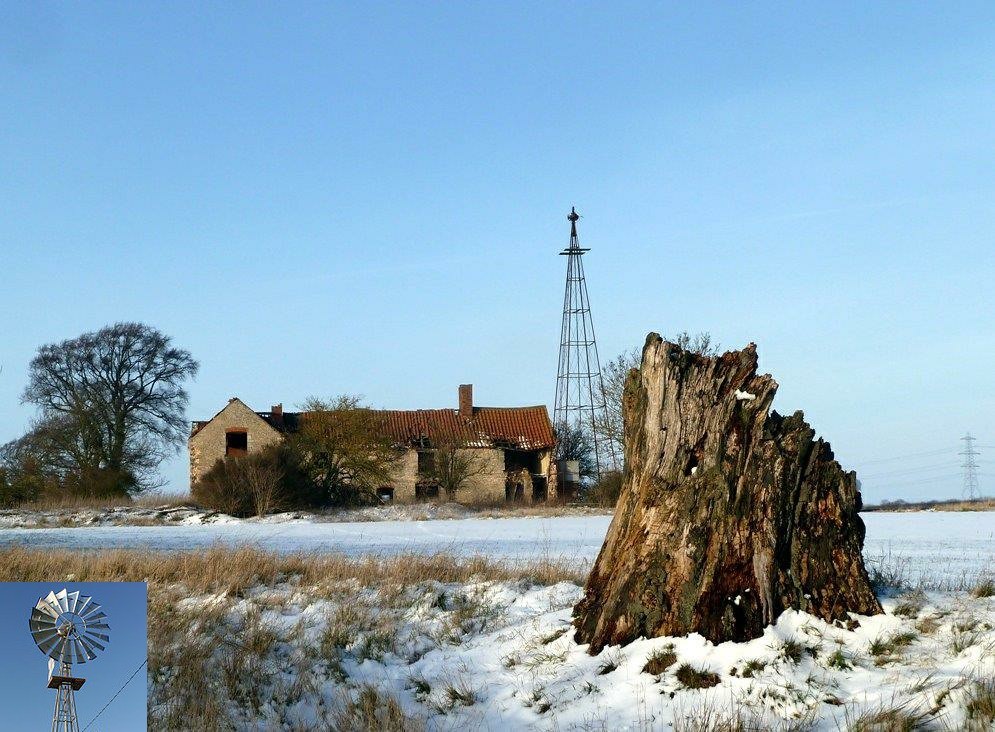