Boston and the Mayflower Celebrations

**Mayflower 400 Year Celebration in Lincolnshire**nnEscaping from what they perceived as Catholic Religious repression under King James First, the start of the exodus of 'The Pilgrims' from the Gainsborough area was thwarted at Boston when early would-be emigrees were arrested by the authorities on Scotia Creek, near Fishtoft. Leaving England without the King's permission was not allowed. At Boston's Guildhall an exhibition telling the story of the Mayflower departure, which eventually got underway from Plymouth in 1620, can be seen throughout this year. Many of our American friends with ancestral links (there are millions!) will be visiting Lincolnshire this year to celebrate this special anniversary. Boston in 1620 was a thriving port, based on wool; England's biggest export. Although the harbour has moved upstream now, you can still see shrimping boats and the famous Boston Stump that dominates the landscape for miles around. This can also be seen after a walk to the top of Lincoln Cathedral (another activity well worth doing) from 40 miles away. 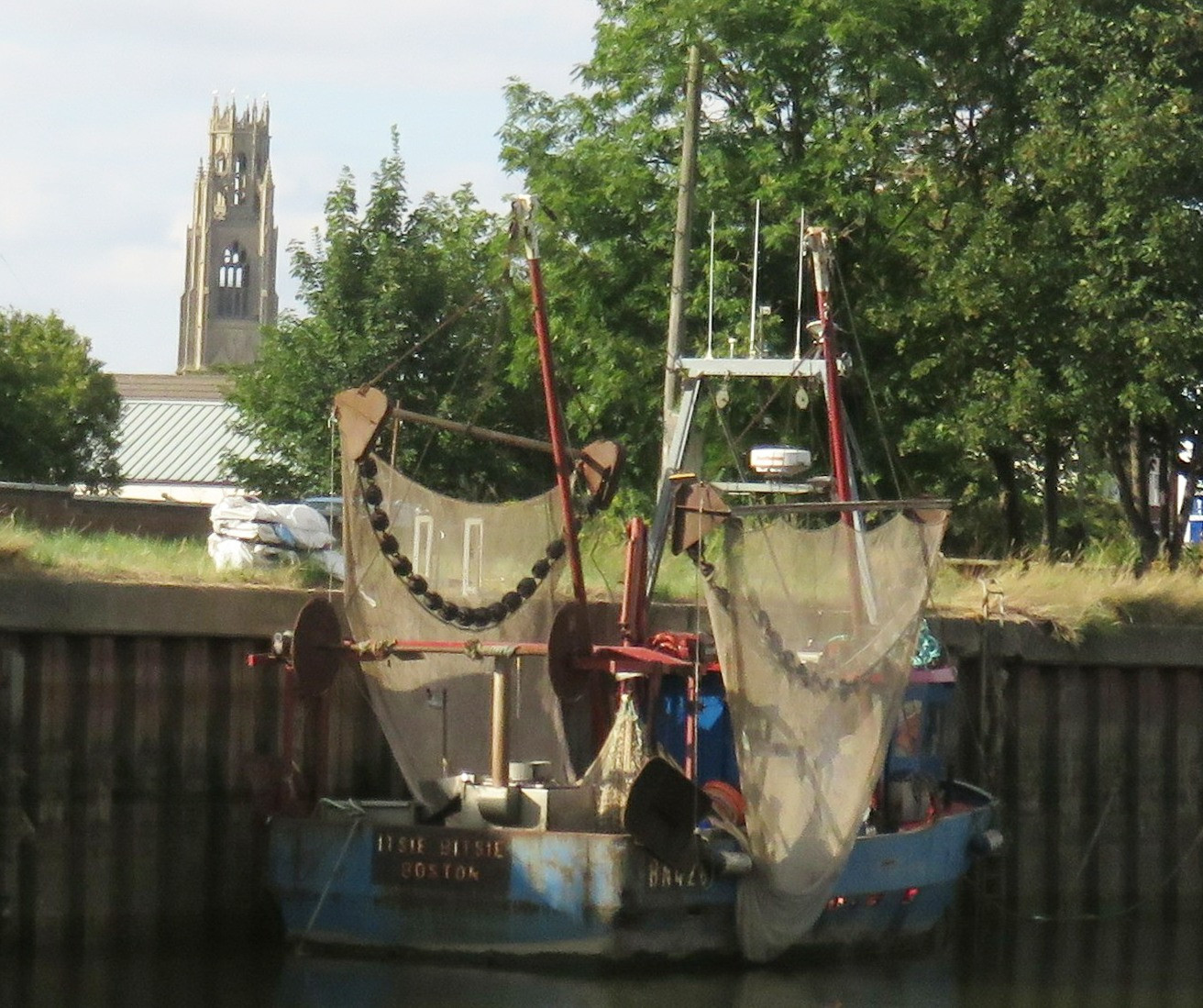