Boston and The Wash

Boston and the Wash

The medieval parish church of St Botolph’s in Boston is 83 m high, which makes it the same height as the central tower of Lincoln Cathedral. It is known as the ‘Stump’ locally and is a feature for miles around since it is surrounded by the flat fen country. From the tower, on a clear day, you can get a good view of Lincoln Cathedral, 30 miles away, and vice versa. The town of Boston is characterised by a wide market square and many old buildings.

Several buildings in Boston have survived from the Middle Ages. Shodfriars Hall probably dates from the 14th century.  Pescod Hall is part of a house built in the mid-15th century. At this time it was considered to be England’s second port, being award a ‘staple’ by the king to enable the flourishing wool exports.

St Mary’s Guildhall was also built in the 15th century. (In the Middle Ages some people joined religious guilds, which looked after members’ spiritual wellbeing). Hussey Tower was built in the mid-15th century as part of Hussey Hall.

You can visit Boston for lunch while you are in the area and the market fish and chips shop is recommended too, after a morning visit to Frampton Marsh, and then continue up the coast to Frieston Shore, another reserve well worth a visit. 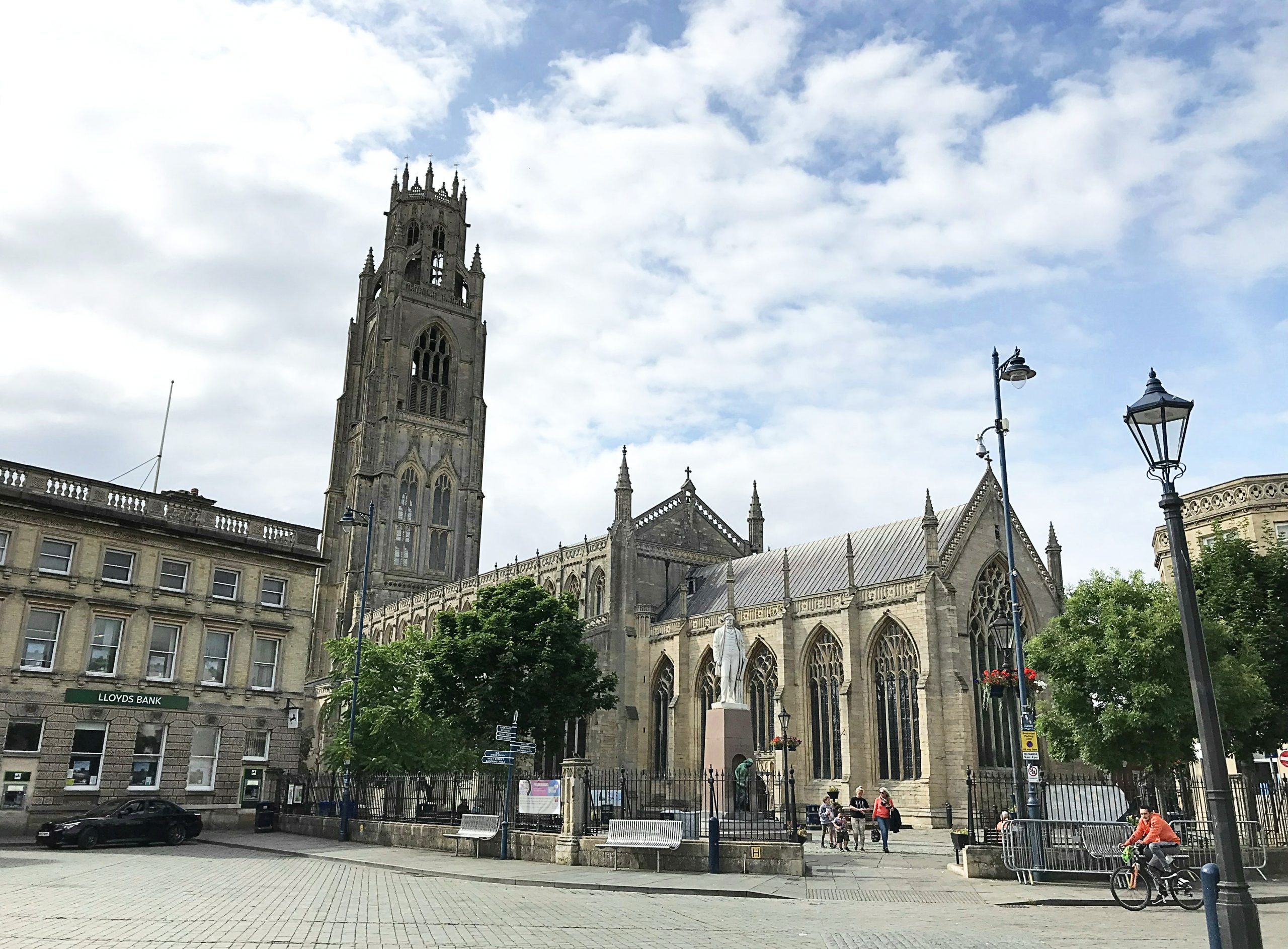